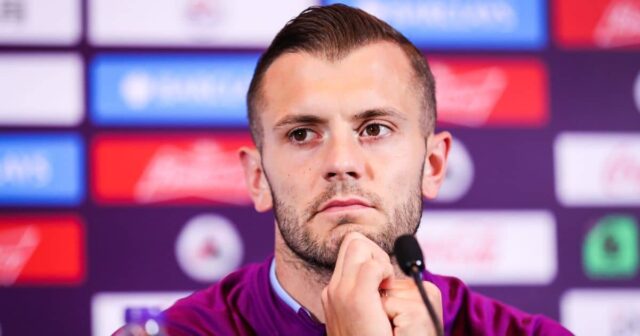 Recently, Jack Wilshere has spoken about his decision to sign for the Danish Club Aarhus. So, he has made this decision after speaking about his dissatisfaction with the Arsenal Club’s arrangements. In fact, they didn’t offer him a contract and he felt that the club didn’t ‘love’ him much.

He Has Penned A Short-term Deal At Aarhus Denmark

The central midfielder Jack has joined the Denmark side after being without a club for around eight long months. According to the sources, he was training at the start of this campaign at Italian Club Como.

However, he couldn’t sign the contract for the club as he didn’t hold a European passport at that moment. So, that’s why he has decided to sign a deal for a short-term at Aarhus till the end of the campaign.

Wilshere Expressed His Disappointment At Arsenal’s Arrangements For Him

So, talking about his move to Denmark, Jack Wilshere said that he was at a point of his career where he needed to start over after a difficult period. In fact, he added that Aarhus had given him an opportunity.

Furthermore, he also added that he hadn’t had any sort of injuries since the confinement. Moreover, the last one wasn’t serious as well, as he claimed. When he was at Bournemouth, his condition made him available for most of the matches.

Jack didn’t like the treatment of Arsenal and he felt that the club didn’t love him enough. In other words, Arsenal didn’t offer him a contract and this is what somehow made him sad.

On this note, it’s worth noting that Jack Wilshere joined Arsenal at the age of nine. He captained a lot of youth teams before making his debut at the age of 16 years. In other words, he became the club’s youngest league debutant ever.